We are overweight on China Banking sector. The sector benefited from a better than expected growth in social financing, and implementation of an easier credit and monetary policy. With social security fund reforms and the opening up of China’s financial market, a large amount of capital will flow into China’s A-share market.  Based on market cap weight and dividend yield, the banking sector will benefit greatly, and the valuation is expected to be boosted.

Bank Performance Review: The banking sector in CSI 300 rose 9.65% as of 15 May, underperforming than the CSI 300 Index. Since April 10, social finance exceeded expectations in the first quarter, the relative performance of the sector to the CSI 300 began to strengthen. On May 6, the People’s Bank of China (PBOC) announced the reserve requirement ratio reduction, further narrowing the gap of the banking sector’s relative performance.

We also noticed an internal differentiation of the banking sector. The financial supply reform in 2019 emphasised the increase in the number of small and medium-sized banks and the proportion of its businesses, resulting in an improvement in its strategic position. The regional banks performed outstandingly, with an average increase of 26.81%, outperforming the CSI 300 Index by 4.23%. The leading banks include Ningbo Bank (38.72%), Jiangsu Bank (24.79%) and Nanjing Bank (20.52%).

With the implementation of an easing credit and monetary policy, China banking sector’s asset fundamentals are in a favorable and improving position. The expansion of capital pushed the banking sector into increasing its loan volume. We believe that asset expansion will be the key factor in profit growth in the banking sector.

1. Capital and Liquidity improvement. The central bank lowered the reserve requirement ratio (RRR) by 1% in early 2019 and announced to further reduce the RRR on May 6 for small and medium-sized banks. Externally, the China Banking and Insurance Regulatory Commission (CBIRC) supports banks in replenishing capital through multiple channels and promote the issuance of perpetual bonds. Perpetual bond will be classified as tier one asset starting from 2019. On January 25, 2019, the Bank of China successfully issued the first bank perpetual bond. The Bank of China issued the RMB 40bn perpetual bond which was more than two times subscription.

We believe that lowering RRR and issuing perpetual bonds will further expand banks’ capital. The increase in capital will encourage a greater willingness of banks to supply loans.

2. Asset quality. With the implementation of the tax reduction policy in 2019, saved about RMB0.95tn tax expense for companies. We observed decline in non-performing loans. We expect the asset quality of China’s banking industry to remain stable. In the first quarter of 2019, the provision coverage ratio for NPL is 192.17%. Under the background that regulators reduce the regulatory requirement of provision coverage ratio to 120%-150%, the industry has more risk-resistant space.

Long-term institutional funds are expected to continue to flow into China’s A-share market. The banking sector, which has a larger share of market cap, is expected to benefit from this and get its valuation boosted.

Maximise Your Chinese Exposure with China A Shares

The information in this Communication has been provided to you for personal use only and must not be reproduced, distributed or published by you in whole or in part, for any purpose. If you have received this Communication by mistake, please delete or destroy it, and notify PhillipCapital immediately. 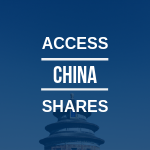 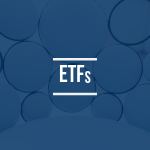